This year the catalytic version of 635 CSi become available. It produced 185 bhp at 5400 rpm and a torque of 214 lb.ft at 4000 rpm. This was good news for countries like US and Japan where the 218 bhp engine did not pass the emission regulations, and also a big improvement from the US version of the 633 CSi. Even though the horsepower rating where about the same as for 628 CSi and US 633 CSi, the 635 CSi with catalyst had more torque and was more elastic to drive.

M635 CSi continued with the same specification as from the previous year.

Noticeable is that up to, but not including, this year some countries, including Sweden, had (re-)labeled the 3.2 litre 633 CSi and sold them as 635 CSi's !  These models where equipped with options that where standard equipment on the original 635 CSi, except for the engine. So watch out if you intend to buy one of these early (1978-1984) 635 CSi models it might be a 635 CSi with a 633 engine.

This may sound strange, since the catalyst version was available, but could be explained with the fact that it took time to certify the catalyst engine and in the mean time the engine from 735i was clearly a better option than the 3.2 litre engine from 633 CSi. It would be interesting to know if other countries did the same thing, so if you know please

The German engine specification for both 635 CSi and 628 CSi remained the same as previous year. 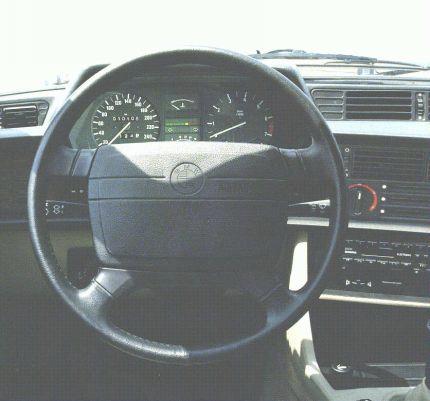 Supplemental Restraint System (SRS) with driver's side airbag showed up for the first time in the second edition (2/85) sales catalogues, i.e. available in late 1985 models.