The body and chassi developments that started some years ago made it´s debut this year. An average of 60kg/132lbs was reduced from the body, giving a total weight of 1430kg for all models.

The modifications not only made the car lighter, but also a lot stronger. BMW had spent a lot of time (and money) in laboratory simulations and crash tests that finally resulted in the completely reworked and stronger body shell. 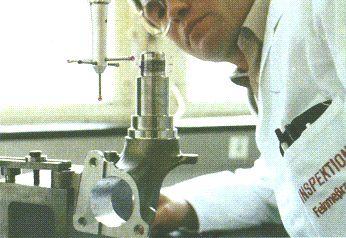 The most noticeable changes to the chassi was a new front and rear end adopted from the 5-series (that got the same setup a year earlier). The front end got a full double link suspension and the rear end got a new 13° trailing arm layout with an additional top mounted link. All toghether it was a package that improved the road-holding quite significant. Further news on the chassi was that the ABS breaks that had been optional since 1979 now become standard in all models.

The power and torque remained the same as it's precursor, thanks to a new version of the DME unit and a higher (10:1) compression ratio. The new DME had a new graph to control the warm-up cold start phase and the idling speed was reduced by 50rpm.

All this, together with a standard overdrive five speed gearbox reduced the fuel consumption about 15%. 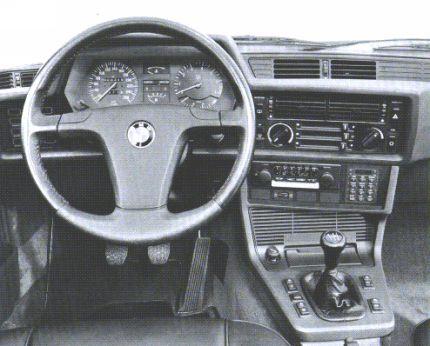 Standard in 635 CSi but optional in other models was a new 10 function  on-board-computer On-board computer (OBC).

The exterior was left almost unchanged, most noticeable was that the fog lamps where integrated with the front end panelwork, on the 628/633 CSi that is. The 635 CSi still had the fog lamps mounted in front of the front spoiler.

633 CSi no longer available in Europe

The 633 CSi was still in production, mainly for Japan and USA, but it was not available in Europe.