The new 6-series coupe, coded E24, was introduced to the press in March 1976, the location was Marbella, Spain. The official introduction was made later at the Geneva show.

The suspension was a heritage from the 5-series (E12) but refined for even better performance, for example stiffer shock absorbers and lowered springs. 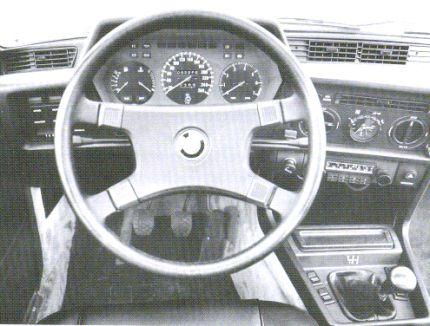 The cockpit introduced around 1972 in other BMW models was developed even more and the result was a cabin that set a new standard to ergonomy, comfort and exclusivity.

The concept of the test panel, a.k.a. Check control, has been widely used in other BMW models ever since. 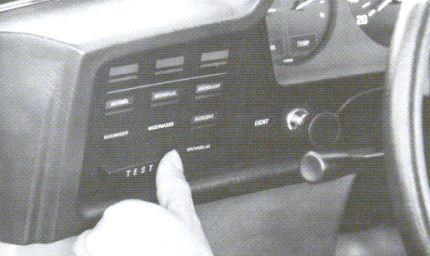 A status check is performed by pressing the TEST button. If any of the following test functions fail, the light for that particular test will not illuminate.

The system is continously monitoring the above functions and will immediately inform the driver of a failure. Not a big deal you may think, but remember this was back in 1976 ! 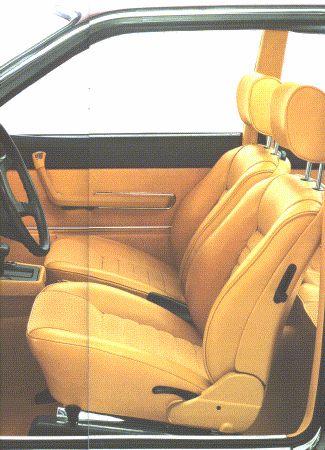 Standard upholstery was a combination of leather and velour, but all leather seats was a popular option, it was available in three colors, beige, blue and black. 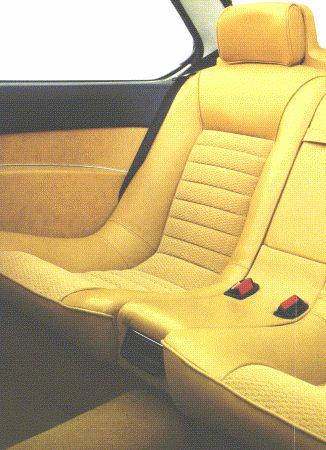 This is one of the best and most comfortable rear seats ever seen in a coupe. It has a center fold-down armrest, power windows and belt locks integrated in the middle section. The picture also shows the optional rear seat head restrain. 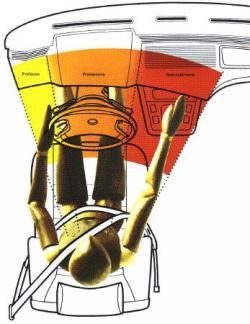 The advanced cockpit introduced a new principle called Three-zone control that used the bio-mechanical fact that all driver-actions can be divided into three separate functional groups.

Test zone, on the drivers left side, keeps the driver informed of the operational status of important functions such as engine fluids, lights in front and rear, brake lining wear and level of brake fluid.

The primary zone, directly in front of the driver, with important controls and instruments. 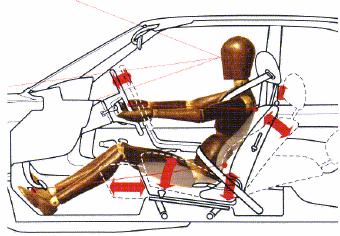 The drivers seat allows adjustment of both the angle and height of the entire seat. The steering column is also adjustable. 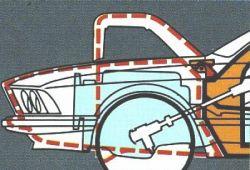 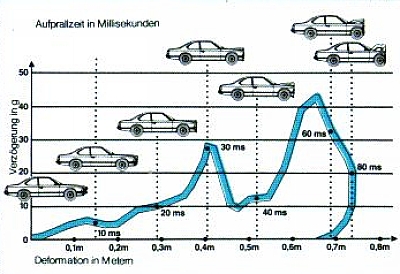 BMW developed something called safety BMW Life Saving System, which is a programmed deformation system that will absorb the bunt of the impact and help minimize human injury. This system was a key factor when BMW developed the 6-series coupe.

The built-in programmed deformation system, called BMW Life Saving System, is designed to absorb the energy during a crash. The steel passenger safety cell has specially constructed roof pillars, integrated roll-bars, cross-struts in the instrument panel and behind the rear seat and strong longitudal struts.

The hood will fold on impact, leaving the windshield intact. Rigid Drive shaft tunnel and instrument panel prevent the engine and the gearbox from penetrating the interior. A collapsable telescope steering wheel column is placed outside crush zone.

A theoretical design is nothing worth unless proven under real circumstances. BMW put a lot of time and effort crush testing the 6 series coupe.

None of the above models where available in the USA, due to more restricted federal emission laws. Instead they had their own model called 630 CSi. It had the same injected 3.0 litre engine as the 530i four door saloon. This engine had a slightly lower power output compared to the carburated European 630 CS, 176bhp at 5500rpm.  One of the major reasons for the lower power output was because it had lower compression ratio, 8.0:1 compared to 9.0:1 for the European 630 CS.