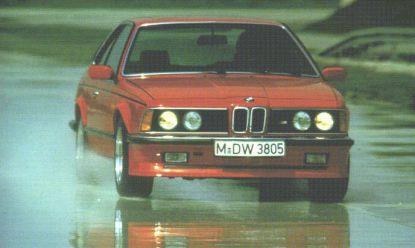 The engine, coded M88/3, for the new M-coupe was developed from the 24-valve 3453cc engine that originally powered the mid-engined M1 sports car. The major differences between the M1 engine and the M635 CSi version where in the cylinder heads. The water ways and inlet tracts had to be reworked to suit the 30° slanted installation under the 6 series bonnet (the M1 had it's engine mounted verticaly). The valves, 37mm inlet and 32mm exhaust, where the same as well as the 264° camshaft duration. The compression ratio was slightly higher, 10.5:1 compared to 9:1 for the M1. The dry sump lubrication system used in the M1 was replaced with the same wet sump as the standard 635 CSi had. Together with a refined Bosch ML-Jetronic fuel injection and a Motronic engine management system the M635 CSi got a power source that produced 286 bhp at 6500 rpm and a torque of 250lb.ft at 4500 rpm. This is quite amazing since the fuel economy was basicly the same as the 218 bhp 635 CSi, 17mpg for the 635 CSi and 17.1mpg for the M635 CSi. 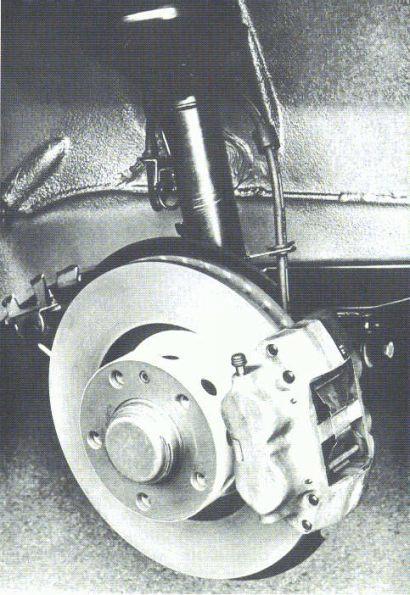 The chassi was uprated with 10mm lower and 15% stiffer springs with specially developed Bilstein gas dampers in all four corners. The (anti-)roll-bars was also a bit thicker to reduce the body roll at the cornering speeds this car was developed for. The front brakes got larger (300mm x 30mm) cross-ventilated discs with four-piston calipers from ATE.

The rear brakes was basicly the same as of the standard 635 CSi but with pistons with an extra 2mm circumference.

The M635 CSi gearbox was a five speed close ratio Getrag 280/5 with gears arranged in a so called dogleg pattern commonly used by racing cars.

Further back there was a ZF final drive with 25% locking and 3.73 ratio. This final drive was taken from the 7 series and was larger on the outside than the 3.07 used in 635 CSi, so the rear floorplan needed to be reworked to fit the larger final drive. The clutch was basicly the same as on the standard 635 CSi but with a lot stronger springs.

The external differences between the M635 CSi and the standard was minor, a sharp eye could see that the front spoiler was deeper and the fender flares where slightly thinner to accommodate the wider 220/55 Michelin TRX tires on 165 TR 390 alloy wheels or the optional 210 TR 415 BBS three-piece alloy wheels with 240/45 VR Michelin TRX tires. 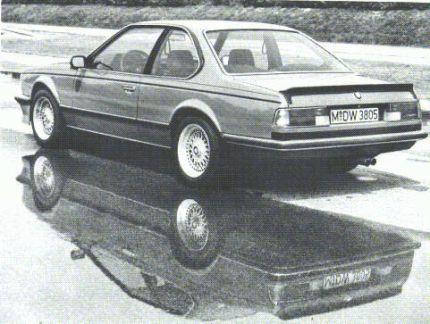 The rear view was the same, except for the M-badge that where mounted on the trunk lid.

Changes on the other 6-series models 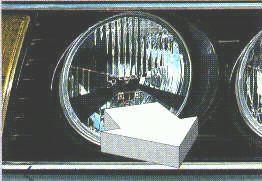 Only minor changes where made on the other 6-series models.

The headlights where new with two-stage reflectors that improved headlight intensity directly in front of the car, optional was a so called dip-beam headlight system that made it possible to change (dip) the headlights from the drivers seat when the car was carrying extra load.

The 635 CSi got the fog lamps integrated with the front spoiler. 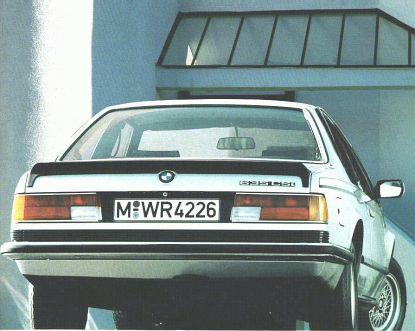 The interior was almost unchanged, except for a new 3 spoke steering wheel and a new 8 function OBC (On-Board Computer) , the OBC was still optional in the cheaper 628 CSi.

Last year for the US version of 633 CSi

This was the last year for the US version of 633 CSi.