This was the second year in a row for BMW to introduce a new model. In July 1979 a new low-end model called 628 CSi was presented to the public. Since it was a low-end model it had less standard equipment than the 633 and 635 models, but it shared the same body, chassi and interior.

The introduction of the 628 CSi also meant that the carburated 630 CS was withdrawn from the model range, so from now on all 6 series models where fuel injected.

The 3210cc engine in the 633 CSi got the Digital Motor Electronics (DME) that later was to be used in all 6 series models.

New, even if it was an option, was a microcomputer controlled Anti-Blockier-System (ABS) for the breaks. 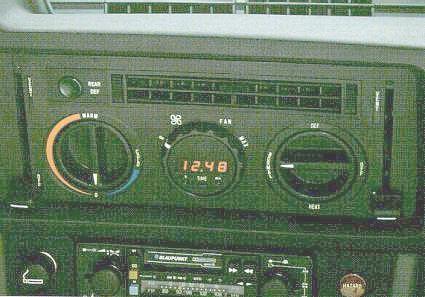 In the cockpit there was only minor changes, for example a LED clock instead of the analogue clock that had been used earlier.